Photo by Jan Kopřiva on Pexels.com Why Everyone Is So Rude Right Now 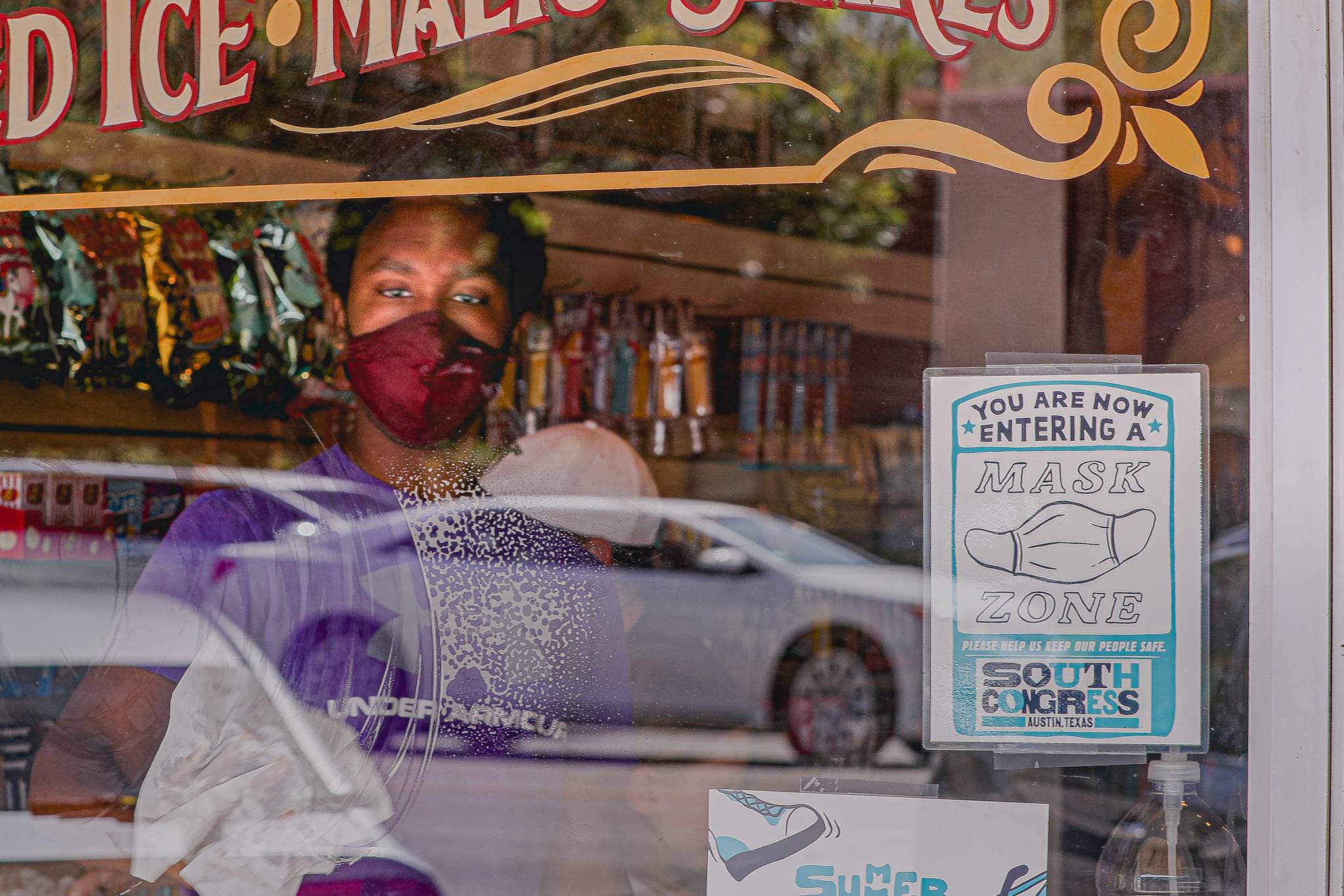 A store employee wearing a mask cleans a window with a sign requesting customers put on masks at a shop on Austin’s South Congress Avenue on Sept. 30.
Aaron E. Martinez—American-Statesman /USA Today/Reuters

In a recent article from TIME MAGAZINE, Belinda Luscombe wrote that September 2021 was a bad month for manners. On the 21st, a woman pulled a gun on servers at a Philadelphia fast food restaurant when they asked her to order online. On the 16th, several women from Texas pummeled a hostess at a New York City family-style restaurant. A few days prior to that a Connecticut mother was investigated for slapping an elementary school bus driver and that same week, a California woman was charged with felony assaultfor attacking a SouthWest airlines flight attendant and dislodging some of her teeth.

Of course, it’s the people-have-lost-their-everloving-minds incidents that make the news, but they are also a reflection of a deeper trend; Americans appear to have forgotten their manners, especially with those whose job it is to assist them. Lawyers are reporting ruder clients. Restaurants are reporting ruder clients. Flight attendants, for whom rude clients are no novelty, are reporting mayhem. (FAA fines for unruly behavior have already exceeded a million dollars this year.) So legion are the reports of discourtesy that some customer-facing businesses have been forced to play Miss Manners.

Visitors to the Indiana University Health system are now greeted by a sign that reads, “Please take responsibility for the energy you bring into this space …your behaviors matter.” The Cleveland Clinic uses what it calls behavioral contracts when patients’ behavior is continually difficult. The clinic issued nine such contracts in 2017; so far this year, it’s issued 111.

It’s not just health systems. The Rhode Island Hospitality Association, after an an emergency meeting in July, devised a Please Be Kind Toolkit for it members, including downloadable posters. The Massachusetts Restaurant Association launched a billboard campaign to remind patrons that restaurants are still coming back up to speed, so things might move a bit slower than usual. Nevertheless, people have been so rude that at least one restaurant in the area felt obliged to close for a day to give its employees time to recover from the impoliteness of the guests.

Some people may have thought that, having been prevented from mingling with other humans for a period, folks would greet the return of social activity with hugs, revelry and fellowship. But in many ways, say psychologists, the long separation has made social interactions more fraught. The combination of a contagious, life-threatening disease and a series of unprecedented, life-altering changes in the rules of human engagement have left people anxious, confused and, especially if they do not believe the restrictions were necessary, deeply resentful.

Our ‘fight’ instincts are triggered

“We’re going through a time where physiologically, people’s threat system is at a heightened level,” says Bernard Golden, a psychologist and the author of Overcoming Destructive Anger. This period of threat has been so long that it may have had a damaging effect on people’s mental health, which for many has then been further debilitated by isolation, loss of resources, the death of loved ones and reduced social support. “During COVID there has been an increase in anxiety, a reported increase in depression, and an increased demand for mental health services,” he adds. Lots of people, in other words, are on their very last nerve. This is true, he adds, whether they believe the virus is an existential threat or not. Simply put,  “Half the people fear COVID,” says Golden. “Half the people fear being controlled.”

Heightening the anxiety, the current situation is completely unfamiliar to most people. “Nobody expected what happened. We didn’t have time to prepare psychologically,” says Cristina Bicchieri, director of the Center for Social Norms and Behavioral Dynamics at the University of Pennsylvania. Then, just as it seemed like the danger had passed, other limitations arrived; staff shortages, product shortages, longer delivery times. “People think, ‘O.K, now we can go shopping and go out,’ and they find that life is not back to normal,” Bicchieri says. “There is an enormous amount of frustration.”

This is an atmosphere which can ruffle even normally very calm people, or in which very slight infractions can set off those with less of a handle on their emotions. (And with an overloaded mental health care system, those who need help may not be getting it.) Golden had a client who grew so irate when the car in front of him did not respond quickly enough to a green light that he followed it home and went and knocked on the driver’s window. “I said to him, ‘In Chicago? Are you nuts?’” says Golden.

It’s not a coincidence, psychologists say, that much of the incivility occurs towards people who are in customer service industries. “People feel almost entitled to be rude to people who are not in a position of power,” says Hans Steiner, emeritus professor of psychiatry at Stanford University. “Especially when they come at them, and remind them of the fact that they have to do their piece to get rid of this pandemic.”

The workers who are now in charge of enforcing rules are traditionally regarded as caregivers and servers. The power dynamic has been completely upended. And of course, it’s always easier to punch down. “It’s displaced anger,” says Bernard. “They’re angry about other things but they take it out in those encounters.”

It wasn’t like Americans were exactly overlooking their differences before the pandemic. Some researchers point to the increase in crude public discourse, both from political leaders and in online discussion—which encourages outsized emotions—as the gateway rudeness that has led to the current wave. “We don’t filter ourselves as much as we used to,” says Bernard. “On the internet, people feel like they can say anything. They no longer guard themselves. And I think they transfer that lack of filter into public life. I think from leadership that we’ve had in the last number of years, that’s only been more encouraged.”

But it goes deeper: Impolite interactions are not the only thing that’s on the rise; crimes are too. “We’re seeing measurable increases in all kinds of crimes, so that suggests to me that there is something changing,” says Jay Van Bavel, associate professor of psychology and neural science, and co-author of a book on social harmony, The Power of Us, that came out in September. He suggests the reasons for the rise in both are structural and profound; America has lost sense of social cohesion, as a result of the widening gaps between the wealthy and working class. “The more inequality you get—which has gotten really bad in the last few decades—the less of a sense of cohesion there are across socioeconomic classes,” he says. “That’s something that if that’s not addressed is going to continue to cause turmoil.”

The rules were rewritten

There’s some international agreement that the situation may not just be one where people have forgotten their manners, or are out of practice because everyone had to stop shaking hands for a while. Matteo Bonotti and Steven T. Zech, both of the politics department at Monash University in Melbourne, Australia, who wrote Recovering Civility During Covid 19, conclude that even if the people were initially bamboozled because they had to communicate using a new set of rules, that soon wore off.

“At the very beginning [of the pandemic] people just didn’t know how to be polite,” says Zech. It was hard to communicate a smile, and it became necessary to avoid rather than embrace people. But after a certain point, the unintentional rudeness became intentional and deliberate. “It’s meant to call attention to what they see as this kind of unjust policy, some discrimination, or some infringement on some other right,” says Zech. In the minds of some of the individuals, snapping at the flight attendant is not rude, it’s civil disobedience.

If the rash of bad behavior is not just short-term impatience with the unique situation and actually a symbol of something much deeper, then unwinding it will be more difficult than merely giving flight attendants more training on what to do with with mid-air contretemps, although that can’t hurt. Meanwhile psychologists suggest that people slow down, breathe out more slowly and lower their voices when encountering difficult social situations or irate people so as not to make any situation worse. “All of anger management,” says Bernard, “involves pausing.” Unless, of course, the traffic light is green.