(Do you need anybody?)
I just need someone to love
(Could it be anybody?)
I want somebody to love To get through life, we all need to ask for

help — here’s how NOT to do it 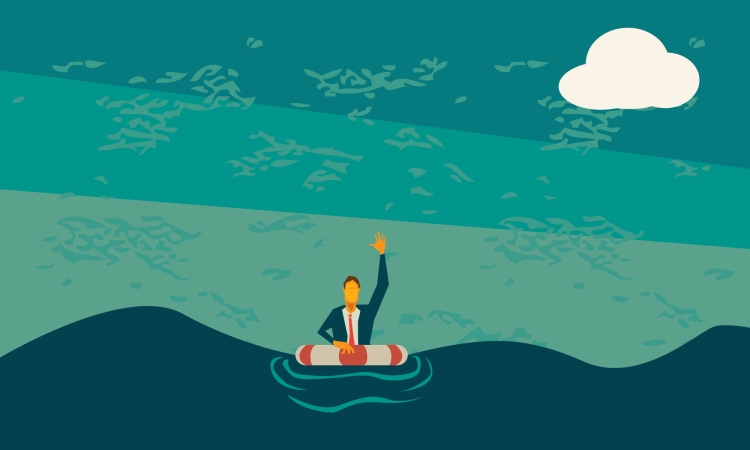 Social psychologist Heidi Grant shares 4 common ways that we inadvertently make things weird for other people when we request their assistance. Read this before your next ask.

Asking for help isn’t just about what you say and do; it’s also about what you don’t say and do. In her research, she found there are specific things you can say that can really backfire on you. Heidi shares here are 4 of the most common ways that well-intentioned people screw up and make things weird for their helper when they’re asking for help.

Wrong way #1: Emphasizing how much the other person will enjoy helping

“You’re going to love it! It will be so much fun!” One of my collaborators has a friend who has a habit of phrasing requests this way. “Any chance you could help me repaint the living room? We can totally drink beers and catch up! Girl time!” she might say.

Or, “Hey, could you pick me up at the auto mechanic? I haven’t seen you in ages! Road trip!” It’s a testament to the strength of their friendship that it survives this kind of request.

Don’t ever try to explicitly convince someone that they’ll find helping you rewarding. While it’s true helping makes people happy, reminding them generally drains their joy out of helping. First, it reeks of control, undermining their autonomy. Second, it’s presumptive as hell. Don’t tell them how they’re going to feel — that’s for them to decide.

It’s OK for you to point out the benefits of helping if you can be subtle. But you must be careful not to pile it on and mix egotistic reasons with altruistic reasons, because this makes your manipulation noticeable.

In one study, just under 1,000 alumni who had never donated to their college were contacted by fund-raisers via email. They received one of three versions of the appeal: (1) egotistic: “Alumni report that giving makes them feel good”; (2) altruistic: “Giving is your chance to make a difference in the lives of students, faculty, and staff,” and (3) a combined appeal. Researchers found both the egotistic and altruistic appeals were equally effective, but the combined appeal? It saw donation rates cut in half.

Wrong way # 2: Portraying the help you need as a tiny, insignificant favor

One common tactic is to portray the help we need as a piddling, negligible, barely there favor. So, we might emphasize the lack of inconvenience, as in, “Could you drop these contracts off at the client’s? It’s practically on your way home.” Or, we might stress how little time it will take: “Would you add these updates to the database? It won’t take you more than five minutes.”

The thing is, by minimizing our request, we also minimize the other person’s help — and minimize any warm feelings helping might have generated in them. There’s also the risk that we’ve miscalculated the size of our favor, especially if the person does work we don’t fully understand. For instance, Heidi’s book editor occasionally gets an email from an old friend asking her to take a look at his writing. It’s usually phrased as a small request, such as, “I think it’s pretty clean; maybe just give it a quick proofread? It shouldn’t take you very long!” Then, when she opens the attachment, the item is invariably a 6,000-word academic article. Oh, except for the time it was an entire book.

If you’ve been guilty of making this kind of ask, I don’t think it’s because you’re selfish. You’re just clueless. You have no idea of the hours of work you’re asking. But what you’re inadvertently doing is conveying that you think the work the other person does is easy, quick, trivial and not very taxing. And that’s not a great way to enlist help.

Chances are, you work every day with people whose duties you don’t understand that all, whether it’s IT, HR, compliance, sales or marketing. If you don’t quite get what goes into another person’s job, do not presume it won’t take them very long the next time you ask them for help.

Wrong way # 3: Reminding people that they owe you

“Remember when I took over that really tough client of yours?”

“Remember the time I babysat your screaming child?”

“Remember how you always used to forget your house key, and I always had to come home and let you in?”

Because asking for help makes us feel icky, we might be tempted to remind the potential helper how we’ve assisted them in the past. This, too, is fraught with awkwardness. For example, when Heidi’s book editor received that book in her inbox, she wanted to say no. But, for all the reasons that saying “no” is painful, she felt she couldn’t do that — not completely.

So, she wrote back, explained politely that he was asking her to do about 40 hours of work, and asked if there was one chapter he was particularly worried about. When he replied, he reminded her that he’d edited her writing back when she was a columnist. In theory, this might make sense. He had done her a favor and they were old friends, so she should do him one in return, right?  Hmmmmmmmmmm. . .

While reciprocity does make people more likely to say “yes” to an ask, it also makes us feel controlled, which takes all the fun out of helping. Reciprocity works best when the acts of help are roughly equal. In this case, editing a few 500-word columns and editing a 50,000-word historical treatise are not equivalent. In addition, they should also be proximate in time — unless someone has done you a truly massive favor such as saving your life, they won’t feel they owe you anything 10 years down the line.

When you’re calling in a favor, you should try to tap into one of the specific types of reciprocity that psychologists have identified: personal, relational or collective. For example, Heidi’s editor is glad to edit for her neighbor, a carpenter who writes how-to articles for magazines, because they’ve helped her with house projects on numerous occasions. That’s an example of personal reciprocity; the exchange is a fairly clear trade. She’s also happy to edit her husband’s essays on fly-fishing (relational reciprocity) and proofread the grad-school application of her cousin’s boyfriend even though she doesn’t know him well (collective reciprocity).

The bottom line on reciprocity is this: If you have to remind someone they owe you one, chances are they don’t feel that they do. Reminding them that they owe you a favor makes the other person feel as if you’re trying to control them — which, let’s be honest, you are. It’s not particularly generous, and it doesn’t create good feeling. It’s like going out for pizza with a friend, only to be told you should pay more since you ate two extra slices. It makes the other person feel as if you’re keeping a scorecard, and scorekeeping is fundamentally bad for relationships.

Wrong way # 4: Talking about how much their help will benefit you

We all know we need to express gratitude and appreciation for other people’s help. Yet many of us often make a critical mistake when doing this: We focus on how we feel — how happy we are, how we have benefited from the help — rather than focusing on the benefactor.

Researchers Sara Algoe, Laura Kurtz and Nicole Hilaire at the University of North Carolina distinguished between two types of gratitude expressions: “other-praising,” acknowledging and validating the character or abilities of the giver (i.e., their positive identity), and “self-benefit,” describing how the receiver is better off for having been given help.

In one study, they observed couples expressing gratitude to one another for something their partner had recently done for them. Their expressions were coded as other-praising or self-benefit. Examples of expressions included:

“It gave me bragging rights at work.”

“It makes me happy.”

The benefactors rated how responsive they felt the gratitude giver had been, how happy they felt, and how loving they felt toward their partner. The researchers found that other-praising gratitude was strongly related to perceptions of responsiveness, positive emotions, and loving; self-benefit gratitude was not.

This is worth thinking about, because most of us get gratitude wrong. Human beings are, more often than not, egocentric by nature. We have a tendency to talk about ourselves, even when we should be thinking and talking about others. Naturally, when we get high-quality support, we want to talk about how it made us feel. And we assume it’s what the helper wants to hear, that they were helping to make us happy so they want to hear how happy we are. Well, this assumption isn’t quite right.

Yes, your helper wants you to be happy, but the motivation to be helpful is intimately tied to your helper’s identity and self-esteem. We help because we want to be good people — to live up to our goals and values and to be admired. Helpers want to see themselves positively, which can be difficult for them to do when you won’t stop talking about you. You’re making it all about you, and it should be about them.

(Excerpted with permission from the book Reinforcements: How to Get People to Help You by Heidi Grant. Published by Harvard Business Review Press. Copyright © 2018 by Heidi Grant.)